Linux Mint is a popular Linux-based operating system that used to be little more than a version of Ubuntu Linux with some custom tools and a custom user interface. But over the past few years Mint has come into its own as a powerful, customizable, and easy to set up operating system.

The latest versions are based on Debian and Ubuntu software which means they can run thousands of apps for those platforms. But Linux Mint has a flavor all its own… or rather, several flavors.

This week Linux Mint 13 Release Candidate started making the rounds, and it comes in multiple versions. You have a choice of the Mate 1.2 desktop environment or the Cinnamon 1.4 edition.

Update: The release candidate phase is over, and on May 23rd Linux Mint 13 was released. 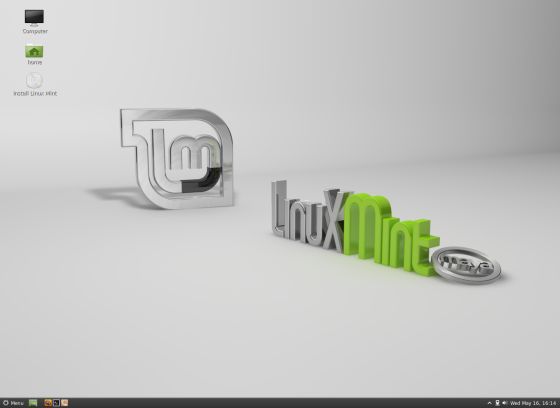 Mate is basically a continuation of the GNOME 2.0 desktop environment, while Cinnamon is a similar environment developed by the folks behind Linux Mint for the same reason. Both environments provide simple alternatives to the flashy new GNOME 3, KDE 4, or Unity environments.

Linux Mint 13 “Maya” is the first version of the operating system that will be available in both Mate and Cinnamon versions.

The latest software also has a new display manager and updated themes and backgrounds. The developers have also made Yahoo the default search engine, thanks to a revenue sharing deal which helps fund Mint development. But you can install alternate search engines if you like.

You can find download links in the blog post announcing the release. This is still just a release candidate, which means there may still be some bugs to squash. But the stable version of Linux Mint 13 will be an LTS (Long Term Support) release which means there will be official support until 2017.