Lenovo unveiled its new line of ThinkPad notebooks with Intel Ivy Bridge processors today. For the most part these are your usual high-end laptops with a focus on business-friendly features. But one model that stands out from the crowd is the ThinkPad X1 Carbon.

This is Lenovo’s first ThinkPad-branded ultrabook, and it looks like a pretty compelling option for anyone dissatisfied with the current crop of MacBook Air clones. 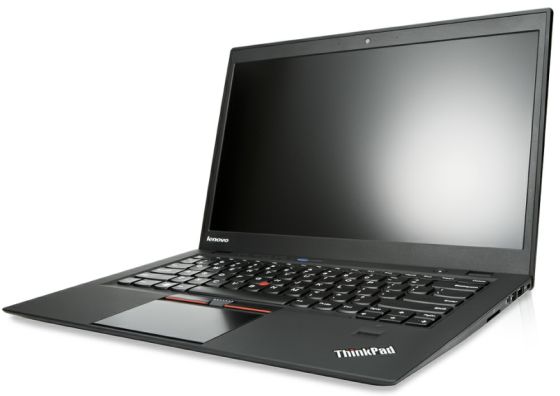 Like other ultrabooks the Lenovo X1 Carbon has a thin and light case design, an Intel Core family processor, and a solid state disk. But the 14 inch notebook also has a few unusual features including a matte, high resolution 1600 x 900 pixel display, a carbon fiber case, and a fingerprint scanner.

The X1 Carbon also has Lenovo’s TrackPoint system which combines a touchpad below the keyboard with a pointing nub in the center row of keys.

The computer’s case has a fingerprint-resistent matte finish and the laptop weighs just under 3 pounds.

Lenovo also offers a rapid charge system that lets you charge the laptop’s battery to 80 percent in just a half hour.

There’s no word on the pricing yet, but the Lenovo ThinkPad X1 Carbon is expected to go on sale within the next few months. Intel typically reserves the ultrabook label for computers with starting prices lower than $1000, so there’s good reason to hope that at least some versions of the X1 Carbon will be available for prices that won’t break the bank.