The HP Pavilion dm1 is a thin and light laptop with an 11.6 inch display and an AMD processor. HP has been offering DM1 models for a few years — and now the company has introduced a new model with one of AMD’s latest low cost, low power chips. 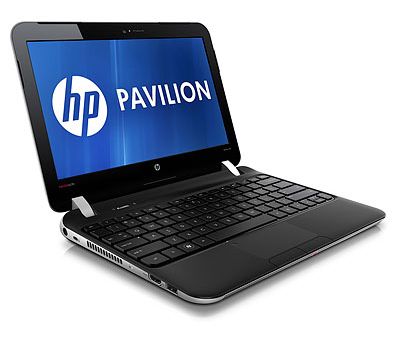 HP isn’t offering this model in the US right now, but if you happen to be in Malaysia you can pick one up for about $450.

The laptop has a 1.4 GHz dual core processor and AMD Radeon HD 7310 graphics. It features 3 USB 2.0 ports, HDMI and VGA ports, Ethernet and audio jacks and a flash card reader.

HP often lets you configure memory and storage options, but the standard model available in Malaysia right now has 2GB of DDR3 memory and a 500GB hard drive.

While the 18W Brazos 2.0 don’t pack nearly as much punch as AMD’s new A-Series “Trinity” processors, E-Series chips are cheaper, which makes them a decent choice of relatively inexpensive laptops. Brazos 2.0 processors do have faster graphics processors than earlier chips such as the AMD E-300, E-350, or E-450.

5 replies on “HP Pavilion dm1 gets a Brazos 2.0 CPU upgrade… in Malaysia”