Taiwanese electronics manufacturer Foxconn is probably best known as the company that builds iPhones and iPads for Apple. But every now and again you can actually buy computers and components with the Foxconn name. Newegg is full of them.

Two of Foxconn’s latest devices are Nano PC desktop computers with small, fanless cases. According to Fanless Tech, two barebones models will go on sale soon with prices below $200. 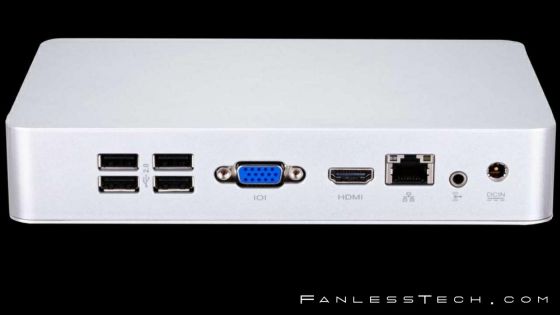 Both computers will consume less than 24W of power. They’ll likely be sold as barebones systems, which means you’ll need to add your own storage, memory, and operating system.

They’ll each support up to 4GB of RAM and feature 2.5 inch drive bays for a hard disk or solid state disk. Both computers also feature HDMI, VGA, USB 2.0 and USB 3.0 ports as well as built-in 802.11n WiFi.

Aside from the low price, low power consumption, and fanless design which will allow for nearly silent operation, what makes these little guys special is just how little they are.