Ultrabooks are all the rage with big name PC makers in the these days. Acer, Asus, Dell, HP, Lenovo, Samsung, Sony, and Toshiba all have thin and light laptops they’d like to sell you — and the Apple MacBook Air is probably the first ultrabook, even if it doesn’t wear that label.

But just like every other computing trend in recent years, ultrabooks aren’t only the purview of the top tier computer makers. Smaller Chinese shops that you may never have heard of are also producing their own ultraportable laptops that share a fair bit of DNA with mainstream ultrabooks. 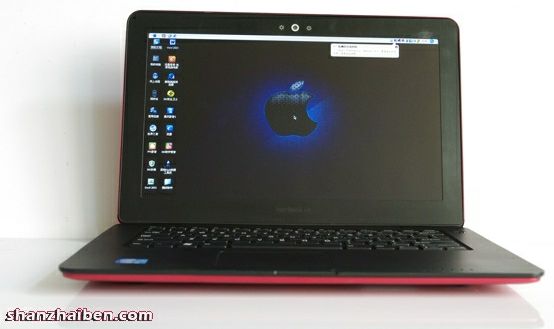 The notebook has a magnesium alloy chassis and it looks like the battery is not user replaceable. Several different color options are available including a silver, MacBook-like model and a red and black version.

Second, the notebook is about an inch thick — which isn’t bad for a laptop, but it’s about 0.2 inches thicker than most ultrabooks. I get the sense though, that Intel’s guidelines on that front may not be set in stone.

Finally, if I’m reading the specifications correctly, it looks like the notebook may be running Windows XP SP3. That may just be for testing purposes though. I’m sure the laptop is perfectly capable of running Windows 7.

I doubt we’ll see this Rahway thin and light computer in the West anytime soon, but from time to time you do see Chinese notebooks, tablets, and other devices rebranded and sold in the US under new names.

3 replies on “Chinese PC makers are cloning ultrabooks… sort of”