The last time we saw the Asus Eee Pad MeMo 370T in person, Asus was promising it would be a 7 inch tablet with Android 4.0 software which could ship for $249.

It’s not clear how much has changed since then… but there’s a chance that by the time the MeMo 370T hits the streets it could be rebranded as the Asus Nexus 7 tablet and sold as a flagship Google Nexus device with Android 4.1.

Whether the tablet is the next Nexus or not, the Asus MeMo 370T does appear to be inching toward a US launch. This week the 7 inch Android tablet showed up at the FCC website. 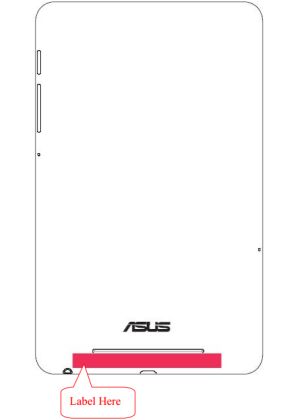 As usual the FCC documents don’t spill many details. We know the tablet will have what appear to be power and volume buttons on one side, a micro USB port and headphone jack at the bottom, 802.11b/g/n WiFi, and Bluetooth. But that’s about all we know for certain.