Acer has offered a line of mini-laptops with low power Intel Atom processors under its Acer Aspire One brand since 2008. But for the first time the company is introducing a new model which offers higher-performance processors. 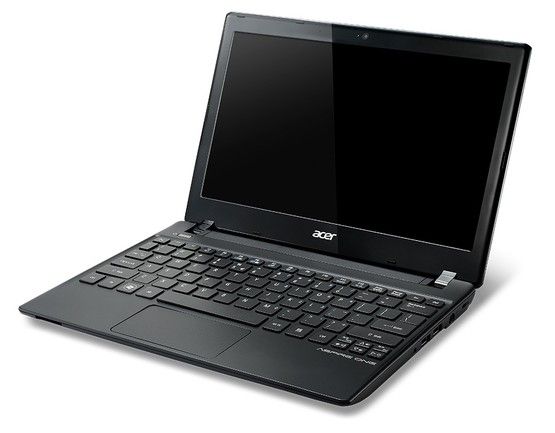 While Celeron and Pentium chips aren’t exactly top-of-the-line processors, they can generally run circles around most Atom processors. Historically these chips have consumed more power than Atom processors, but the CPU isn’t the only component in a PC that takes it toll on battery life… and I’ve seen plenty of ultrabooks with Core i5 processors that get better battery life than Atom-powered netbooks.

It will be available soon in blac, blue, red, or silver colors.

Unfortunately there’s no word on the pricing or release date yet.