Samsung’s latest 10 inch Android tablet is set to hit stores on May 13th. But you can pre-order one at Office Max today for $399.99 or from TigerDirect for the same price.

The new Samsung Galaxy Tab 2 (10.1) is a modest upgrade over last year’s Galaxy Tab 10.1, but there are three significant changes. 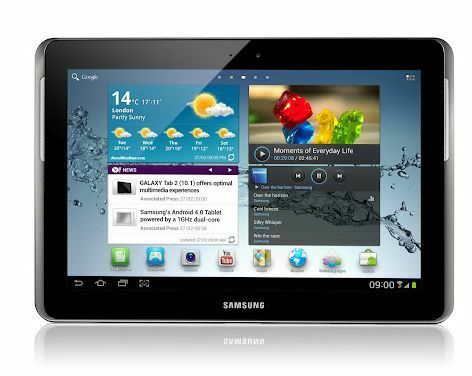 First, the new model ships with Android 4.0. Second, it has a microSD card slot. Third, and most importantly, it has a starting price that’s $100 lower than that for Samsung’s first 10 inch tablet.

When the Tab 10.1 first launched in 2011 Samsung charged an iPad-like $499 for the base model. Now the company is charging the same price for its new tablet as Apple does for its year-old iPad 2.

This isn’t necessarily meant to be a high-end tablet. Samsung has the Galaxy Note 10.1 for folks that want premium features including a faster processor and digital pen.