Zotac has been cranking out tiny desktop computers with low power processors and mid-range graphics for the past few years. Many of the company’s mini-PC models aren’t much larger than an optical disc drive. But now Zotac is going even smaller.

The company has introduced a new model called the Zotac ZBOX nano XS. 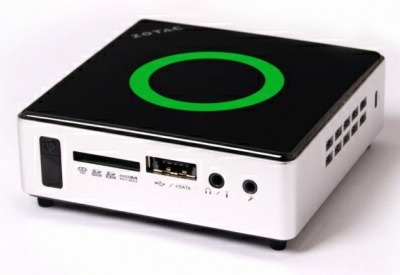 The first computer in the new line is the ZBOX nano XS AD11 Plus with an AMD E-450 dual core processor and Radeon HD 6320 graphics.

Zotac says the new chassis is 17 percent smaller than its previous models, and can “easily slip into a jacket pocket.” I’m going to go out on a limb and say it depends on your jacket, but it’s still pretty small.

The ZBOX nano XS AD11 Plus comes with 2GB of DDR3 memory and a 64GB mSATA solid state disk. It comes with a USB 802.11n WiFi dongle instead of an internal wireless card. Like most Zotac systems though, it will ship without an operating system.