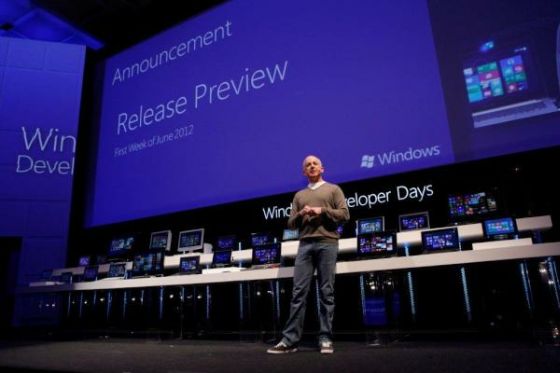 The preview follows the Windows 8 Consumer Preview launched in February and the Developer Preview from October.

Windows 8 represents the most dramatic change for Microsoft’s flagship operating system since the move from Windows 3.1 to Windows 95. The company has developed a new user interface designed to work on tablets, laptops, desktops, and all-in-0ne computers. Windows 8 smartphones haven’t even been ruled out.

Arguably the biggest change is support for ARM-based chips. But while early testers have been downloading and using versions of Windows 8 since October, the version of Windows designed to run on ARM isn’t available to the public yet.

Windows RT will only come preloaded on tablets and other devices and won’t be sold directly to consumers — so the only people outside of Microsoft testing it right now are likely developers and manufacturers.