A tablet called the TomTec ATP7658 Excellent 8 showed up at the FCC website this week. There’s not much information about this tablet at the TomTec website, but the tablet does appear to run Google Android 4.0 Ice Cream Sandwich.

It also looks like this may be similar to a tablet that’s been available since last year as the Xiron Excellent 8. 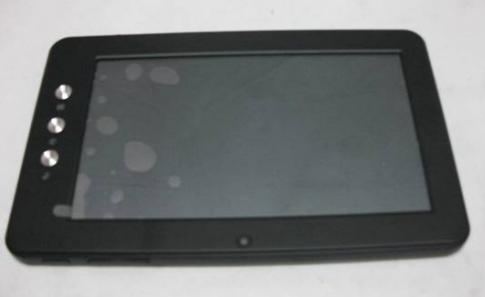 If that’s the case, then this is decidedly a budget tablet. But it has a few interesting features in addition to the Android 4.0 software update.

The Xiron model is also powered by a Rockchip RK2918 processor, but according to the FCC photos, it looks like the new TomTec model has an A10 CPU. I’ll take those photos with a grain of salt though, since the pictures of the tablet don’t match the photos in the user manual.

The Excellent 8 is powered by a Rockchip RK2918 ARM Cortex-A8 processor and has 512MB of RAM, 4GB of storage, a VGA port, microSD card slot, and VGA camera.

There’s no word on if or when the tablet will be available in the US, but if you’re not happy with the software that comes with the tablet, it looks like there may be an option to install a custom ROM.