But while the Amazon and Barnes & Noble tablets come with custom versions of Google Android and tight integration with book those companies’ media and app stores, the Galaxy Tab 2 presents a more standard Android experience.

The tablet will hit stores on April 22nd, but it’s already available for pre-order from Amazon for $249.99 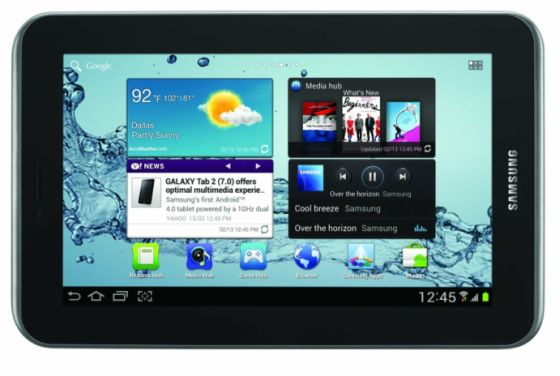 Since the tablet works with the Google Play Store, users can download hundreds of thousands of Android apps, instead of the tens of thousands of apps available for the Kindle Fire or NOOK Tablet.

Those tablets also lack cameras and Amazon’s tablet has just 512MB of RAM and no microSD card slot.

On the other hand, while the NOOK Tablet and Kindle Fire are priced between $199 and $249, they’re both half a year old at this point, which means you can often find used or refurbished tablets for even lower prices.