Want to build a computer with the latest Intel processors and the latest version of Apple OS X? There’s a patch for that.

While Apple only officially makes the OS X operating system available for Apple laptop and desktop computers, hackers have been finding ways to run the OS on third party systems ever since Apple switched from PowerPC processors to Intel chips.

OS X 10.7.3 doesn’t include native support for the new Intel Ivy Bridge (3rd generation Core) processors that went on sale this weekend. But where there’s a will, there’s a way. 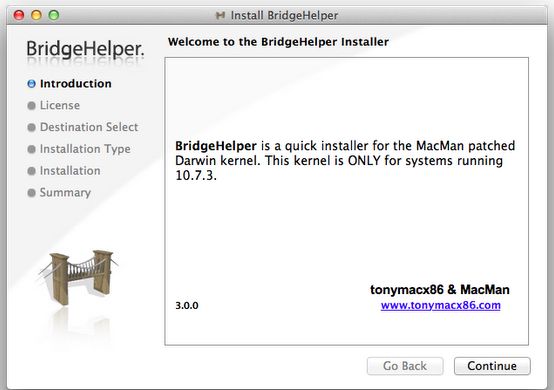 There’s a tool called BridgeHelper 3.0 available from TonyMacx86 which will let you patch the OS X 10.7.3 kernel to add support for Ivy Bridge processors.

This isn’t a replacement for native OS X support for Ivy Bridge chips — so you could run into some problems if you use this method. But until Apple releases a version of its desktop and notebook operating system optimized for Intel’s new processors, this is the best way to get OS X up and running on an Ivy Bridge hackintosh.