Today’s ultrabooks are basically thin and light laptops. But by the end of the year, we could also see convertible tablets as well as standard-shaped notebooks with touchscreen displays join the ultrabook party.

Intel has been talking about touch-capable ultrabooks for a few months. But now the company is giving us a few ideas of when we might see them… as well as ultrabooks with other new features. 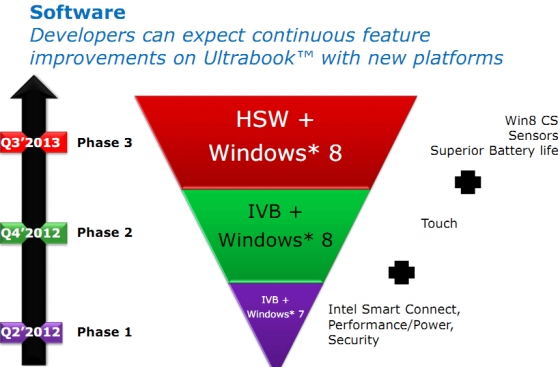 At the Intel Developer Forum in Beijing this week, Intel suggested that touchscreen ultrabooks could hit the streets in the fourth quarter of 2012. That makes sense, since that would be around the time that Windows 8 goes on sale and Windows 8 features a new touch-friendly user interface.

Intel is also looking ahead toward 2013 when we’ll start to see additional sensors built into ultrabooks. That could include gravity sensors that let you control apps by tilting your computer, or motion sensors that offer Kinect-like capabilities so that you can wave your hands or move your body in front of an ultrabook to play games or interact with apps.

Right now these are features we see on mobile tablets and video game consoles. But if Intel has its way, they could find their way to consumer laptops by the third quarter of 2013. 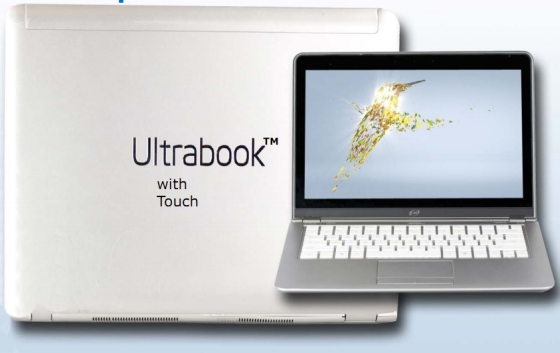