The HP TouchPad Go is a 7 inch tablet which never made it to market. It was a casualty of HP’s decision to kill off its webOS hardware division last summer, just two months after introducing the HP TouchPad 10 inch tablet and watching it flop (only to see it sell like hotcakes once the price was lowered from $499 to $99).

But while the TouchPad Go never went on sale, the tablet that wasn’t sure has a way of showing up in unusual places. The folks at webOS Nation obtained one and reviewed it in December. And in October it showed up at the FCC website.

Apparently the confidentiality request on the FCC photos lifted today, because there are some shiny new photos of the tablet, including pictures of its insides. 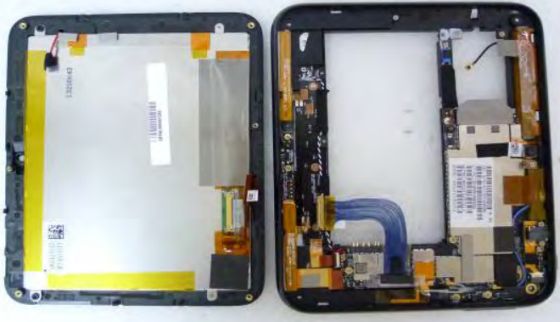 It has a faster processor and more pixels per inch than the 10 inch tablet HP did release, as well as a rear camera which the 10 inch TouchPad lacks.

What we don’t know is how well it would have handled Android… but given the success people have had loading CyanogenMod 9 on the larger HP TouchPad, I suspect the 7 inch model would have made a great little dual-boot webOS/Android tablet.