Google Chrome OS is an operating system designed to support one app: a web browser. Up until now, that’s meant the only thing you see when you turn on the computer is a web browser, and even when you want to watch a video or access files stored on your computer you’ve done that in a browser window.

But for the past few months Google has been working on a desktop manager called Aura. It makes Chrome OS look more like Windows or OS X, giving you a taskbar, system tray, and desktop. You can also minimize or resize browser windows instead of viewing them full-screen. 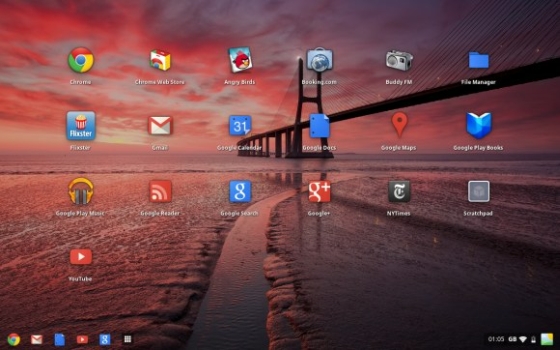 The folks at Google Operating System noticed that Google switched on Aura in the latest developer builds of Chrome OS. That means if you’re using an Acer or Samsung Chromebook and running the Chrome OS dev channel, you should automatically get the new desktop manager.

Chrome OS still runs web apps instead of native apps. But now you can arrange shortcuts on a desktop, use wallpapers, and switch between apps using icons in the taskbar.

Google’s dev channel is reserved for experimental software, so it might be a little while before we see the Aura desktop manager in the beta or stable channels — and the user interface could look different by the time it does arrive. 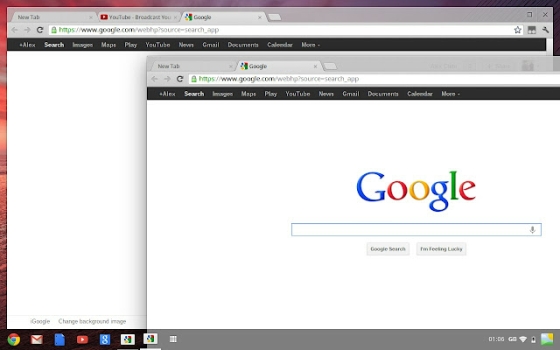 One reply on “Google Chrome OS gets a desktop manager, looks more like Windows”