The first notebooks to hit the streets running Google Chrome OS were powered by Intel Atom low power processors. The good news is that means the Acer AC700 and the Samsung Series 5 Chromebooks get decent battery life. The bad news is that they feel surprisingly sluggish for computers that don’t really run much software beside the web browser.

But that sluggish performance could be a thing of the past (and present, since the AC700 and Series 5 are still available for purchase). Samsung started showing off an upcoming Cromebook with a faster Intel Celeron processor earlier this year. And now there’s evidence that future Chromebooks could have Intel Sandy Bridge or Ivy Bridge processors. 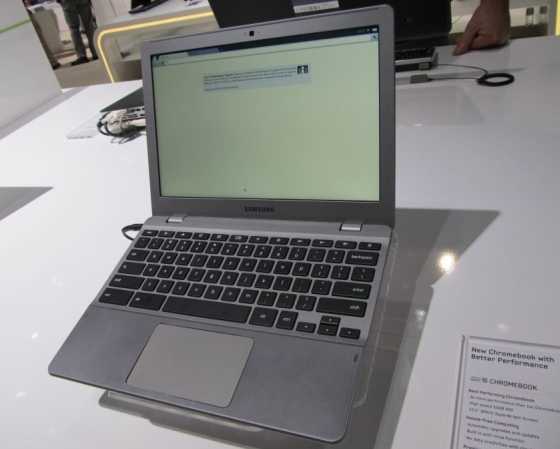 The folks at Phoronix noticed some new code added to Chromium OS (the open source version of Chrome OS) recently. It adds Coreboot BIOS support for the chipsets used in Intel’s current Sandy Bridge line of processors as well as the company’s upcoming Ivy Bridge platform.

Coreboot is basically the open source boot environment that allows Chromebooks to load the operating system quickly. But the fact that Google is adding Coreboot support for faster Intel chips means that we might not only see faster boot speeds, but faster overall performance.

On the other hand, this could just be a sign that Google is hedging its bets in case any PC makers decide to release chromebooks with these processors. It doesn’t necessarily mean that there’s any new hardware in the works.

On yet another hand (what, how many do you have?) there is some evidence that Chromebooks with ARM-based processors are in the works. Developers have been submitting Chromium OS bug reports from a couple of unannounced machines including one with a Samsung Exynos processor. That computer is code-named “Daisy”

3 replies on “Future Chromebooks could have Ivy Bridge processors… maybe”