The second-generation Aakash tablet is set to ship to Indian students in a few weeks. The Aakash is a low-cost Android tablet designed to provide students with access to the internet and to educational apps. It sells for about $35.

UK-based Datawind is the company producing the tablets for the Indian government. According to PC World, Datawind will ship the Aakash 2 with Android 2.3 Gingerbread… but plans to offer a software update with Android 4.0 Ice Cream Sandwich less than two months later. 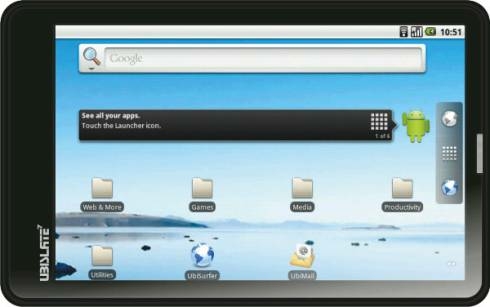 The Aakash 2 features an 800 MHz ARM Cortex-A8 processor, a 7 inch capacitive multitouch display, 256MB of RAM, and 2GB of storage.

While those specs might not sound impressive, you can’t really expect much from a table that sells for just $35 — even if the cost is partially subsizided by the Indian government.

The new tablet is also a big step up from the original Aakash which had a 366MHz processor, a resistive touchscreen and ran Android 2.2.

2 replies on “Datawind to offer Android 4.0 update for the Aakash 2 tablet”