Asus is preparing to introduce its second generation Zenbook line of ultrabooks. The original Zenbook UX21 and UX31 were the first thin and light laptops to meet Intel’s ultrabook specifications when they launched in late 2011. So what’s next? Higher resolution displays. 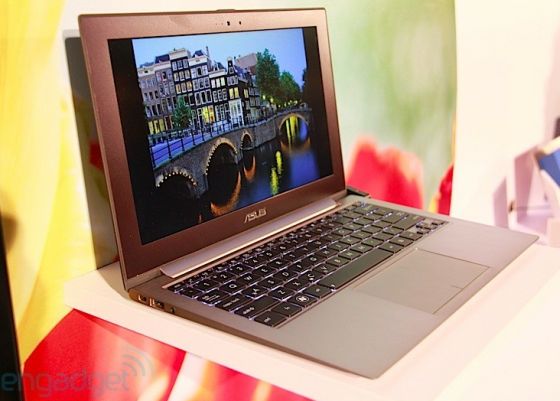 Engadget Chinese got an early glimpse at two new ultrabooks from Asus. The company is apparently calling the new 11.6 inch and 13.3 inch laptops Zenbook Primes, taking a page out of its tablet playbook (the first Asus Android tablet was called the Eee Pad Transformer, while  its successor is called the Transformer Prime).

That’s about all we know for certain, but it looks like Asus may also be adding a backlit keyboard — something that the original Zenbook models lacked. It’s also likely that the new models will feature Intel’s upcoming Ivy Bridge processors for ultrabooks — but we’ll probably have to wait until June to know for certain.

Intel’s third generation Core family chips feature a new graphics chipset which should help with high definition displays. That makes sense, since Intel is pretty sure high-res screens are the next big thing. In fact, by next year Intel expects 1080p notebook displays to be old hat. The company is preparing for a future where we’ll see 2560 x 1440 pixel and higher resolution displays in ultrabooks.