Asus started showing off a tablet with a 7 inch display, digital pen, and Bluetooth headset accessory more than a year ago. Now the Asus Eee Pad MeMo 171 is finally available for purchase in Taiwan, and the folks at Netbook News picked one up for the equivalent of about $585.

The tablet would probably be cheaper if it were sold in the US, but it’s not clear whether Asus has any plans to release this model in the States. The company unveiled a cheaper $249 MeMo at CES in January, but there’s a rumor that might be on hold too, thanks to an even cheaper Asus Nexus Tablet. 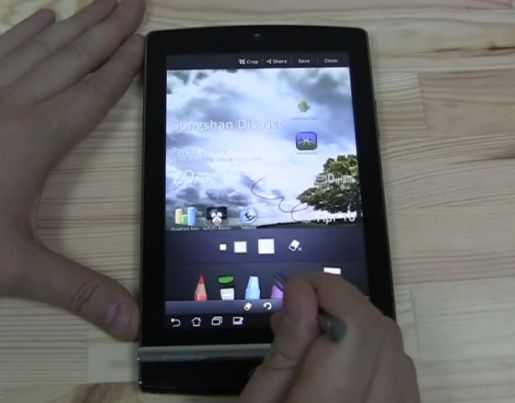 Anyway, rather than scrapping the original MeMo altogether, it looks like Asus has decided to give the tablet a limited run in the company’s home country.

The tablet has a 1.2MP front-facing camera and an 8MP rear camera and runs Google Android 3.2 Honeycomb. Asus plans to offer an Android 4.0 software update soon.

If you’ve got 22 minutes to spare, you can check out an unboxing and first impressions video from Netbook News, complete with some basic benchmarks and comparisons with half a dozen other 7 inch tablets.