Sony hasn’t officially announced plans to release a notebook running Google Chrome OS, but it sure looks like Sony is as least thinking about joining the Chromebook party. A Sony Vaio VCC111 Chromebook just showed up at the FCC website. 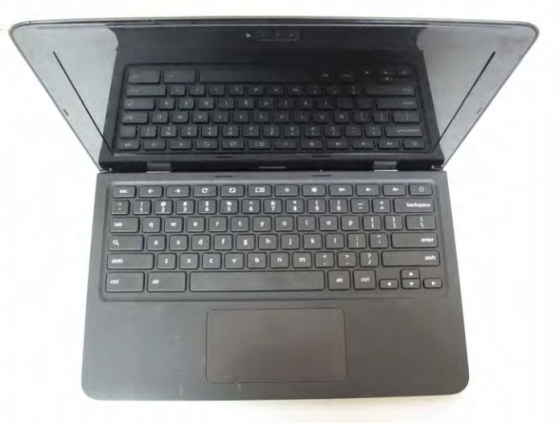 Actually, the VCC111 showed up at the FCC way back in September, but the confidentiality agreement just lifted and photos and other documents went live this week. One of those documents is a rather confusing user manual which makes mention of both Windows and Chrome OS.

But despite what the user manual says about hitting the Windows key to fire up a Start Menu, the photographs clearly show a laptop that doesn’t have a Windows key. Instead the bottom row of the keyboard is populated by Ctrl, Alt, arrow, and spacebar keys and nothing else.

The top row of keys features Chrome OS-specific keys including back, forward, and refresh buttons as well.

There’s no information about the processor, screen size, or resolution. But we do know that the laptop supports WiFi, Bluetooth, and 3G. It has an HDMI port, mic and headphone jacks, an SD card slot, and two USB ports. The Sony Vaio VCC111 has a 4100mAh, 31 Whr removable battery.

Perhaps this is the “Daisy,” “Stumpy,” “Slumpy,” or “Newton” prototype that we’ve been hearing about in the Chrome OS bug tracker.

Like Chromebooks from Acer and Samsung, the Vaio VCC111 appears to use solid state storage instead of a hard drive. Since Chrome OS is little but a web browser and most apps the operating system runs are web apps, there’s no need for a large hard disk.

Just because the device showed up at the FCC doesn’t mean it will hit store shelves anytime soon. It’s possible Sony was thinking about releasing a Chromebook and later canceled the product. After all, it’s been 6 months since the VCC111 was first submitted for regulatory approval.

via Engadget and Laptop Reviews

One reply on “Unannounced Sony Vaio Chromebook visits the FCC”