There’s been a rumor floating around for a few months suggesting that a “Google Tablet” is in the works… even though it’s widely believed that the tablet will actually be built by Asus.

Google isn’t a hardware company like Apple, and it’s not likely we’ll see pure Google devices anytime soon. But the Wall Street Journal reports we may soon see a web-based Google tablet store, where Google will sell tablets from companies such as Asus and Samsung. 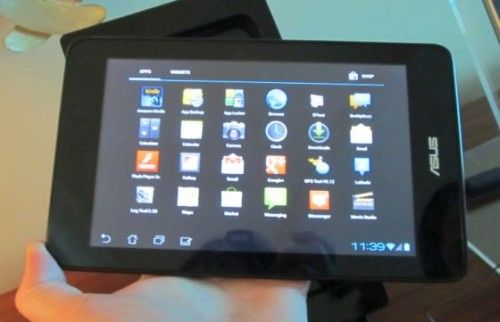 Once upon a time Google took a similar approach with phones. That didn’t end very well.

Google had tried to sell the first Nexus phone solely through its website. The idea was to change the way Americans think about phones and offer an unlocked, unsubsidized phone and allow customers to pick the carrier plans they want.

Theoretically you pay more for the phone up front under that model, but you may end up paying less over the couple of years that you use your phone. This is much more common in Europe than in the US… and Americans didn’t really buy it.

It probably didn’t help that Google didn’t offer a phone number that customers could call for support or many of the other amenities people expect when paying for a product. Most of Google’s products are free, such as search, email, or online office apps. You can get away with not offering any real support for free stuff, but it’s tougher with items that cost hundreds of dollars.

So Google started featuring other Android phones on its website… and then pretty much stopped altogether.

So what makes tablets different? Well, first of all, it appears that most people buy WiFi-only tablets, so Google wouldn’t be battling carriers as much. In fact, the Wall Street Journal suggests that Google might subsidize the prices of some tablets just to help keep prices low and get more devices that aren’t called the Amazon Kindle Fire into people’s hands.

But more importantly — most people still don’t have tablets. Google wouldn’t be shaking up an existing business model by launching a tablet store. It would just be providing customers with another place to buy tablets… and a place to find out more about what Android tablets can do.