The Rasbperry Pi is a full-fledged computer which you can buy for about $35. It has a processor, memory, USB and Ethernet ports. But one thing the RaspBerry Pi doesn’t have is a protective case. It’s basically a system-on-a-board and not much else. 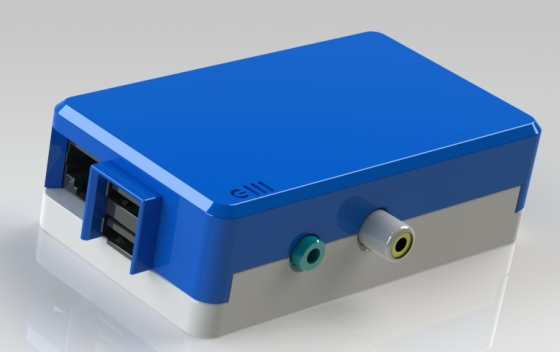 But a company called ModMyPi is taking pre-orders for a case designed to put some clothes on the Raspberry Pi Model B and make it look respectable. I suppose it will also help protect the little system from the elements a bit, while providing air vents for cooling.

The ModMyI sells for £7.99 including VAT in the UK, or a little less than $13. That price will get you a black or white model, while an extra £1.99 will let you grab one in red, green, or blue. The top and bottom portions are actually produced independently, so you can also mix and match colors.

Geek.com reports that ModeMyPi will donate 5 percent of the proceeds from case sales to the Raspberry Pi Foundation.

The company also sells Raspberry Pi Set-up Kits with an 8GB SD card loaded with Debian Linux, a wireless keyboard and mouse, USB hub, WiFi dongle, and other accessories for £64.99, which is a little over $100 US.

Raspberry Pi also offers a $25 model without the USB or Ethernet ports.