But then you dim the backlight and the Joyplus M10Q’s one special feature stands out. 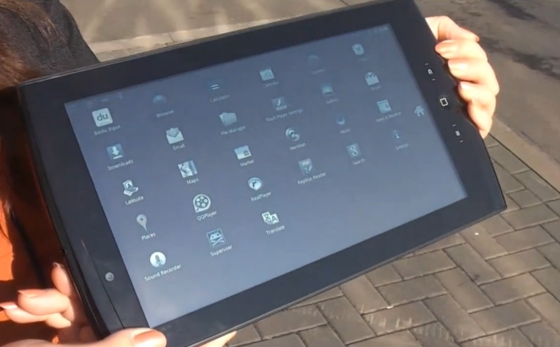 The tablet has a Pixel Qi display which acts as a full-color screen when the backlight is on, and as a high contrast, almost black-and white display when the light is off.

In high contrast mode the screen is easy to read in ambient light, allowing you to use the tablet outdoors. Cutting the backlight also reduces the screen’s power consumption by as much as 80 percent.

Netbook News got a little hands-on time with the tablet at CeBIT in Germany this week. Right now it’s running Google Android 2.3, but Joyplus is working to bring Android 4.0 to the tablet.