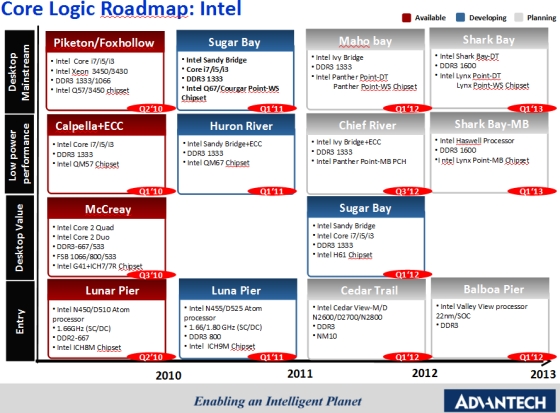 The new drivers indicate that Intel is moving away from PowerVR graphics in its upcoming Atom chips, instead using the Intel HD 4000 Ivy Bridge graphics platform. While Ivy Bridge CPUs are expected to be only a little faster than today’s Sandy Bridge Core i3, Core i5, and Core i7 processors, word on the street is that we should expect as much as a 40 percent performance boost.

And that’s a boost over Sandy Bridge graphics… the difference should be even more noticeable in the low power Atom chip space.

While Intel isn’t releasing much additional information about the new Valley View chips yet, the folks at The Verge spotted a few mentions of the upcoming processors in presentations from Advantech. 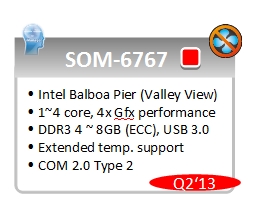 If the information is accurate, it looks like this is what we can expect:

It looks like we won’t see Valley View chips until the beginning of 2013 at the earliest.

The chips sound like they’d be great not only for netbooks and tablets but also low power media centers and or light-duty desktop PCs.