The Amazon Kindle Fire may only have 8GB of storage space, but when properly partitioned that’s plenty of room for more than one operating system. In fact it’s possible to dual boot CyanogenMod 7 and CyanogenMod 9 on the tablet, letting you choose between Android 2.3 and Android 4.0.

The only problem is that most of the tools people have been using to load CyanogenMod or other custom versions of Android on the tablet typically only let you boot one operating system. 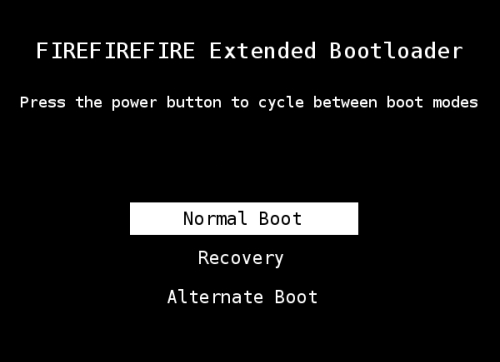 But xda-developers forum member eldarerathis has modified the FireFireFire bootloader so that it can be used for a dual boot setup.

The Kindle Fire only has one button: a power button. Normally FireFireFire allows you to hold that button for a few seconds during boot in order to load TWRP or another custom recovery app instead of booting into Android.

The modified version instead lets you bring up a boot menu and choose between “normal boot,” “recovery,” and “alternate boot.”

What that allows eldarerathis to do is load CyanogenMod 7, CyanogenMod 9, or your custom recovery utilities.

You can find instructions for creating a dual boot Kindle Fire at the xda-developers forum, but note that there is a chance you could mess up your device and you will lose data when you repartition the storage space on your Kindle Fire.

CyanogenMod 2.3 supports hardware video acceleration so that Netflix and YouTube HD video play smoothly. CyanogenMod 9 doesn’t, but it does offer support for Android 4.0 apps and a user interface that’s optimized for tablets.