Computer maker CompuLab has been building tiny, low-power desktop computers for a few years. But up until now most of the company’s little desktops have been built around Intel Atom or ARM-based processors.

The Intense PC will still be a tiny computer with passive cooling. That means there won’t be a fan inside the case, which also means that the Intense PC won’t just be small, it will also be quiet.

CompuLab plans to start selling Intense PC models in the second quarter of 2012, with prices starting at $399.

The computer measures 7.5″ x 6.3″ x 1.57″ and supports a 2.5 inch hard drive or solid state disk and up to 16GB of DDR3 RAM in two SODIMM slots. It will be available with a choice of processors, including: 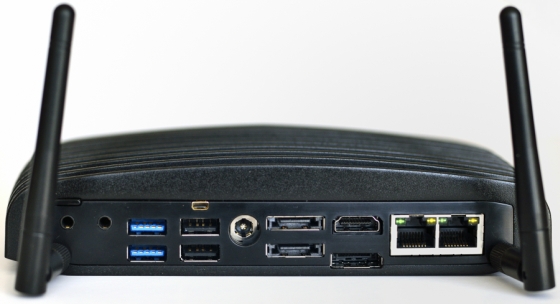