Bodhi Linux is a light-weight operating system based on Ubuntu. It’s highly customizable and ships with a fraction of the pre-loaded apps you’ll find in Ubuntu.

But the key difference between Bodhi and the main branch of Ubuntu is that Bodhi Linux uses the Enlightenment desktop manager and offers a choice of environments suitable for notebook, tablet, or desktop computers. 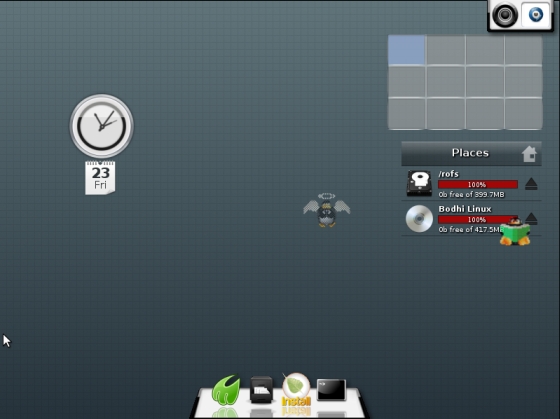 This week Bodhi Linux 1.4 was released. The key updates included a newer version of the Midori web browser, a more recent Linux kernel, and updated apps available for download, including the latest versions of the Firefox and Chromium web browsers.

Like many Linux-based operating systems, you can take Bodhi for a test drive before installing it by downloading a LiveCD image and burning it to a disc. This lets you run the operating system from a CD, DVD, or USB flash drive without installing anything to your hard drive.

Since Bodhi doesn’t come with as much software pre-installed as Ubuntu, the LiveCD disk image is nearly half the size, at just over 417MB. But once you install the base system you can customize it any way you like.

When you first run the LiveCD you’ll also be asked to choose what type of desktop you’d like to use. This saves you the trouble of configuring Enlightenment yourself, but power users can always tweak the default settings if you decide that the tablet user interface, for instance, doesn’t meet your needs. 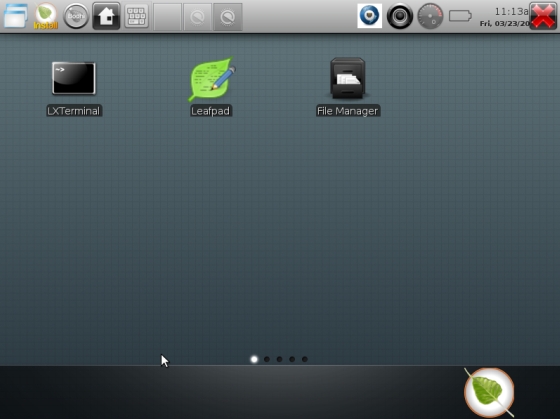 The tablet user interface, for instance, provides large icons in panels at the top and bottom the screen, a full-screen app launcher which looks like something you’d find on an iOS or Android device, and an on-screen keyboard. The desktop/notebook environments, on the other hand, offer a more traditional desktop-and-taskbar or desktop-and-app-dock view.

I took Bodhi for a spin using VirtualBox today, and even in a virtual machine with just 512MB of RAM, the operating system felt very responsive. That’s not surprising, since Enlightment E17 is designed to play well even on older computers with as little as 64MB of RAM and 100 MHz processors. 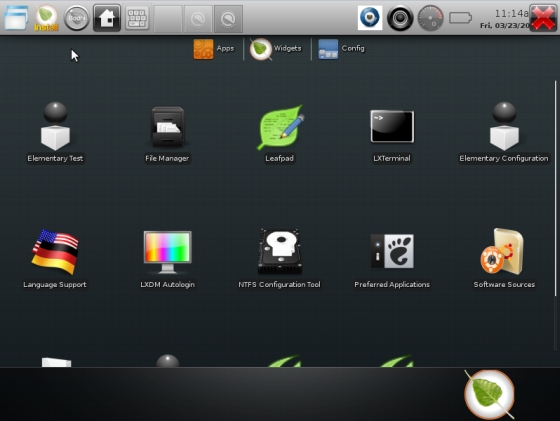 Update: The first pre-release builds of Bodhi Linux 2.0 based on Ubuntu 12.04 LTS are now available.

3 replies on “Bodhi Linux 1.4 is a speedy, customizable OS for tablets, notebooks, desktops”