BlueStacks makes software that allows you to run Android applications on a Windows PC without rebooting your computer or switching operating systems. Last year the company launched a public alpha of its software, and today BlueStacks went beta. 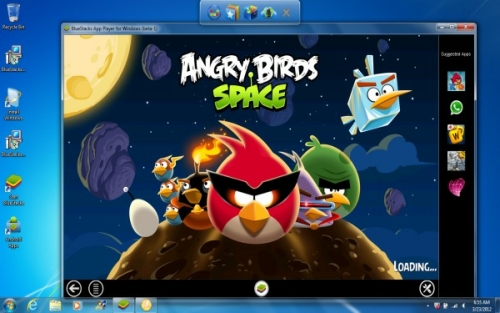 Right now BlueStacks feels more like a gimmick than an actually useful technology since most Android apps are designed to be used with your fingers, not a keyboard and mouse. But BlueStacks will run on Windows 8 tablets as well as Windows 7 desktops, making it possible to run hundreds of thousands of Android apps alongside Windows 8 apps designed for tablets.