Archos has announced plans to offer a 7 inch tablet for children by the end of March. It’s called the Child Pad, and it will sell for $129. 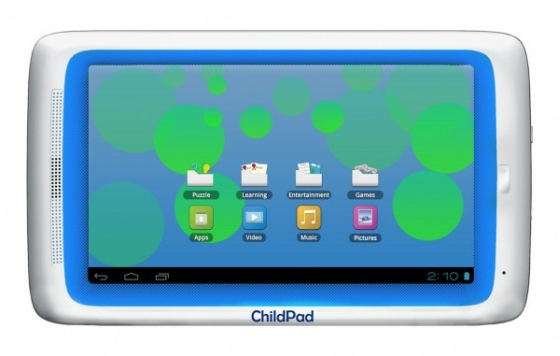 The new tablet will have a 1 GHz processor, 1GB of RAM and Android 4.0 Ice Cream Sandwich. Unfortunately the company hasn’t shared any details about the screen resolution, storage capacity, or other hardware features yet.

Still, that $129 price tag is probably low enough to make most bargain hunters overlook any shortcomings in the spec sheet.

Archos says the tablet will have a Kids App Store powered by the AppsLib Android marketplace. There are over 10,000 apps sorted into categories such as entertainment, games, books, and sports.

Aside from the kid-friendly app store, the only other feature that seems to set this tablet apart from the rest of the Archos tablet lineup are a few software tweaks such as “colored icons” and “the top 28 kids’ apps pre-loaded.” There’s also parental control software that allows parents to restrict web browsing and other features.

Unlike some tablets for children, the Child Pad doesn’t appear to have any rugged features which would help it survive the abuse that kids can inflict on their toys.

The picture Archos has released of the new Child Pad bears a striking resemblance to the Arnova 7b G2 tablet which is a budget tablet designed for kids and adults alike.