Amazon is rolling out a software update for the Kindle Fire. Software version 6.3 includes a number of new features and improvements. It’s mostly good news, but as usual, if you have a rooted Kindle Fire the over-the-air update will remove your root access unless you’ve installed a custom ROM or taken other action to block updates. 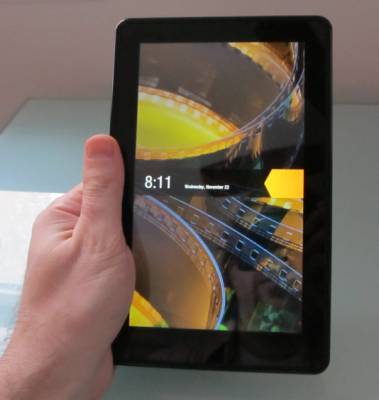 Here are some of the changes in Kindle Fire software version 6.3:

Users are also reporting that the screen can brightness can be set to a dimmer level.

If you’ve never rooted your Kindle Fire, the update seems like it could make the tablet a little more useful. But if you’ve rooted your tablet to install the Google Play Store or other software, now might be a good time to turn off WiFi or install a custom ROM — at least until someone figures out how to root Kindle Fire software version 6.3.

Update: While the update will remove root access, you can now re-root the tablet. It’s a bit of a headache, but if you’ve rooted a tablet in the past it shouldn’t be that hard.

On the other hand, if you don’t want to wait for Amazon to wirelessly deliver the software to you, you may be able to download the update straight from Amazon’s servers and use the “Update your Kindle” option under device settings to install it.