Microsoft President Steven Sinofsky has announced that Windows 8 for devices with ARM-based processors is on track to launch at the same time as Windows 8 for computers with x86 and x64 chips. He’s also confirmed that Windows on ARM (WOA) will look and feel almost exactly like WIndows for x86 — but there will be some key differences. 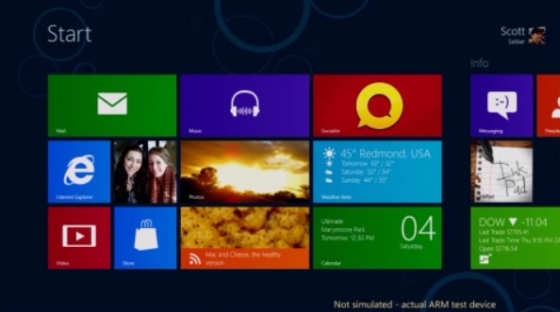 What to expect from WOA (apps, user interface)

Windows on ARM will have the same login screen, start page, and Metro style user interface we’ve seen on Windows 8 for other platforms. But Microsoft has confirmed that WOA will also have a desktop-and-taskbar view that gives you a more traditional Windows experience.

That means if you pick up a Windows 8 tablet with an ARM-based chip, you’ll be able to plug in a keyboard and mouse and treat it like a desktop or laptop computer.

But as expected, WOA will not be able to run apps designed specifically for x86 or x64 architectures. That includes virtually every Windows app that’s been designed to date. The only way to support those apps would be to write some sort of chip architecture emulation software which would kill some of the benefits of ARM-based hardware such as long battery life.

Microsoft also points out that virtually all of the legacy apps that WOA won’t run were designed for keyboard-and-mouse input, and many Windows 8 ARM computers won’t have that hardware. Instead the company is encouraging developers to write new apps that take advantage of the finger-friendly Metro user interface.

Microsoft Office 15 and other apps

Interestingly though, Microsoft Office 15 won’t be a Metro app. The company’s next-generation office suite will run on WOA, but the new versions of PowerPoint, Word, Excel, and OneNote will run in desktop mode. 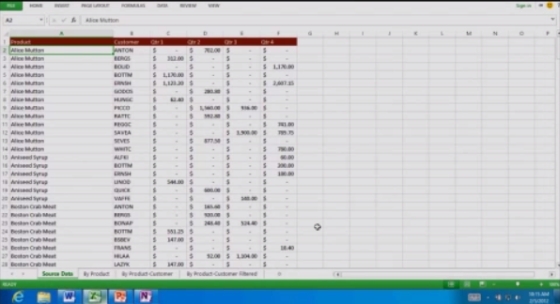 There will also be Metro-style apps for mail, calendar, photos, and other functions. We may see some of these apps in the upcoming Windows 8 Consumer Preview.

So why buy a Windows 8 device with an ARM chip instead of an x86 processor? Here are  few reasons:

WOA restrictions: You can’t install it yourself, you can only get apps from the Windows Store

Microsoft is working closely with Qualcomm, NVIDIA, and Texas Instruments to develop Windows on ARM — and each of those companies is working with hardware partners. Unlike Windows for x86 and x64 chips, it looks like you will not be able to purchase WOA and install it on off-the-shelf hardware yourself. If you want a WOA computer you’ll have to buy one that comes preloaded with the software.

In other words, it doesn’t look like we’ll be running Windows 8 on the HP TouchPad anytime soon. 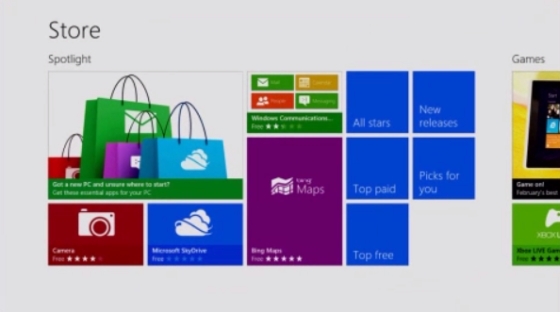 On the one hand, this will ensure that you won’t accidentally try to install legacy x86 apps on a tablet that can’t possibly run them. On the other hand, I suspect this will lead hackers to try to jailbreak Windows 8 hardware in order to install apps that are rejected from the official Windows Store for one reason or another… or apps which simply aren’t submitted at all.

Microsoft will launch the Consumer Preview of Windows 8 for x86/x64 at the end of February.

Soon the company will also make a limited number of test PCs with WOA available to developers and hardware partners. These machines will be available for testing purposes only and will probably look different from the WOA hardware expected to go on sale later this year.