Microsoft is preparing to launch the first “Consumer Preview” of Windows 8. The company is holding an event on February 29th at Mobile World Congress in Barcelona, Spain to kick off the launch. 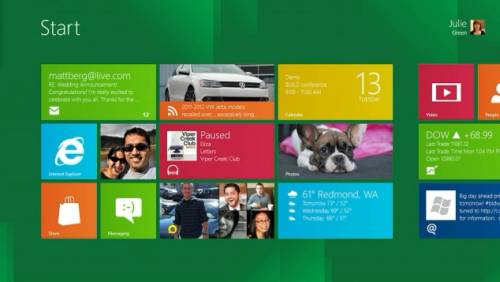 The Consumer Preview follows the Developer Preview that the company launched in September, 2011. While Microsoft isn’t using the words “alpha,” or “beta” to describe exactly where in the test cycle the operating system is, it seems clear that the new build will be aimed at the general public, given the use of the word “consumer.”

But this is still pre-release software we’re talking about. It will likely be available as a free download — and it will likely be set to expire at some point in the future. More importantly, it may not have all the features found in the version of Windows 8 that will launch commercially later this year and it’s likely that there may still be some bugs to work out.

Microsoft isn’t saying much yet about what features could differentiate the Consumer Preview from the Developer Preview. But we’ve already heard that the next release could include a number of apps including music, calendar, and mail apps designed for the new Metro style user interface.

We also saw the first computers with ARM-based chips running Windows 8 test builds at CES in January. It’s not clear yet whether the Consumer Preview will support ARM and x86 processors or if it will be restricted to computers with x86 chips like the Developer Preview has been.

Update: It looks like the Consumer Preview will be x86/x64 only… but test hardware with Windows on ARM will be available to selected developers and hardware partners soon.

Windows 8 is designed to run on a wide range of devices including tablet, laptop, and desktop computers. It has a desktop-and-taskbar style mode which looks a lot like Windows 7. But the company’s new Metro user interface is getting much more attention. It replaces the start menu with a start screen that features tiles with shortcuts to applications as well as the ability to show live updates such as weather forecasts, email messages, or other data.