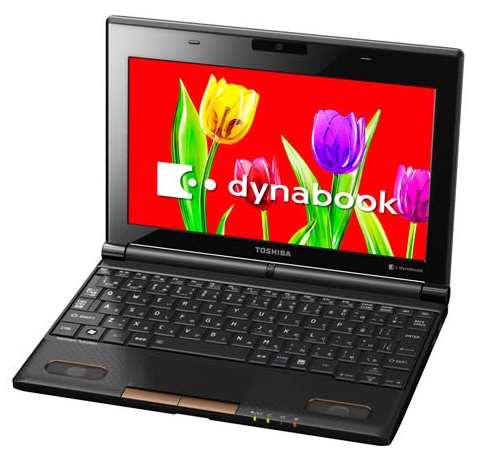 This isn’t the only new netbook from Toshiba with a Cedar Trail chip. I also spotted the Toshiba NB510 at the Consumer Electronics Show last month — but that model didn’t have the prominent speakers that the Japanese model has.

It’s not clear whether the Dynabook N301 will be sold outside of Japan.

The laptop has 1GB of RAM, a 320GB hard drive, and a 10.1 inch, 1024 x 600 pixel display. It weighs just under 3 pounds, and as the folks at VR-Zone noticed, it appears to lack the HDMI port found on most other Cedar Trail netbooks.