Toshiba hasn’t officially announced plans to bring a tablet with a 7.7 inch display to market, but the company was showing off a prototype behind closed glass at CES in January. Now the folks at Laptop Magazine got chance to take a closer look at a 7.7 inch Toshiba tablet at the Mobile World Congress trade show in Barcelona. 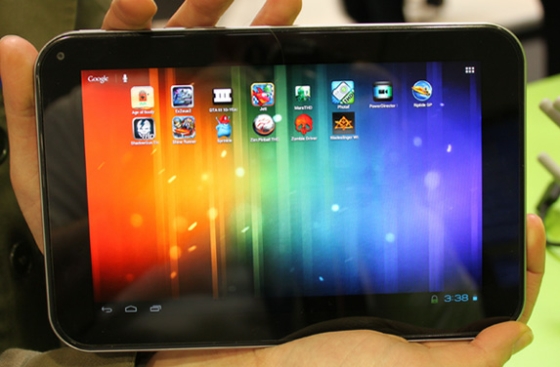 The tablet has an NVIDIA Tegra 3 quad-core processor and a 1280 x 800 pixel AMOLED Display. It appears to be running Google Android 4.0 Ice Cream Sandwich, and it has a much sleeker design than the Toshiba Thrive 7… a tablet with a smaller screen but a bulkier case.

Toshiba hasn’t announced any details about the price or release date.