Research in Motion is again offering the BlackBerry PlayBook 7 inch tablet for as little as $199. Last month the company ran a baffling promotion with the 16GB, 32GB, and 64GB versions of the tablet all priced at $299. But until February 11th you can pick up the 16GB model for $199. 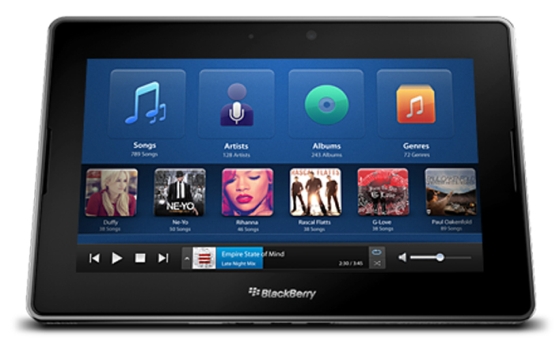 If you’re in Canada you might be able to get an even better deal. Starting February 3rd, wireless carrier Telus will be offering 16GB or 32GB PlayBook tablets for under $150.

The BlackBerry PlayBook has a 7 inch, 1024 x 600 pixel display and a 1 GHz TI OMAP 4 dual core processor. It runs BlackBerry Tablet OS — and this month RIM will launch version 2.0 of the operating system which adds support for some Android applications as well as native email, calendar, and contact apps.

The PlayBook looks a lot like the Amazon Kindle Fire because it was built by the same Taiwanese manufacturer. But the BlackBerry Tablet has volume buttons, cameras, and more storage than Amazon’s tablet — even though it’s currently available for the same price.

What the PlayBook doesn’t offer is Amazon’s app store or digital movie store.