The Spark tablet is a 7 inch tablet designed around an open hardware and software platform. It will ship with open source Linux-based software, but the bootloader will also be unlocked, allowing anyone to customize the tablet with any software they like. 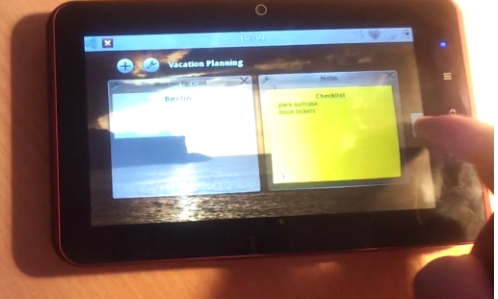 KDE developer Aaron Seigo introduced the tablet last month, and now he’s announced that it’s available for pre-order. It’s expected to cost about €200, or about $263 US.

The Spark isn’t expected to ship until May, but the good news is that you don’t need to pay anything right now to place a pre-order. The developers are just asking people that plan to purchase the tablet to register so they can get a sense of demand.

It’s basically the same tablet you would get if you bought a Zenithink C71 — but Zenithink’s model comes with Android while the Spark will run Mer Linux (the open source continuation of MeeGo Linux) with the KDE Plasma Active desktop environment.

You can register to pre-order the Spark Tablet at the Make Play Live website.