The folks behind the Raspberry Pi $25 computer say that they could start taking orders by the end of February. This isn’t the first release date we’ve seen — the computers were supposed to be ready to go in December, but that didn’t happen. But not it looks like the first batch of 10,000 should finish production by February 20th. 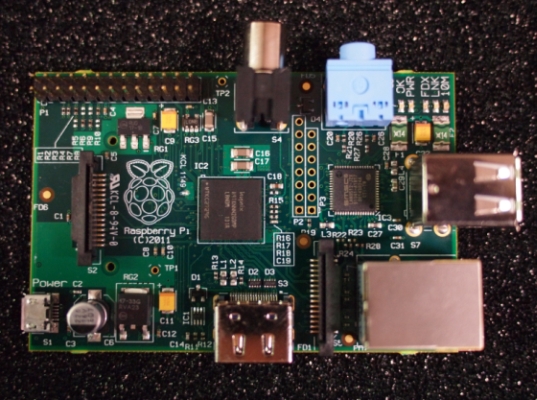 The Raspberry Pi is a tiny computer motherboard with a Broadcom BCM2835 low-power ARM-based processor. It’s designed to be able to run Linux-based software and it’s targeted at hobbyists, educational institutions, or anyone who really likes the idea of a $25 computer.

If you want internet connectivity, you’ll need to buy a slightly pricier $35 version.

While the system is designed primarily as a low power, low cost PC, it can handle 1080p HD video playback and even some 3D gaming. There’s also a project underway to port the popular media center application XBMC to run on the Raspberry Pi hardware.

Broadcom has also released a datasheet (PDF link) for the BCM2835 chip which may make it easier for independent developers to work with the Raspberry Pi — but the chip still uses closed source drivers, so the datasheet will only get you so far.