We’ve seen how to install Android 4.0 on the Amazon Kindle Fire, thanks to CyanogenMod 9. We’ve also seen what MIUI software based on Android 2.3 looks like on the Kindle Fire. Now you can have the best of both worlds with MIUI 4.0 for the Kindle Fire.

It’s a custom version of Android based on Android 4.0 — but with a highly customized user interface. 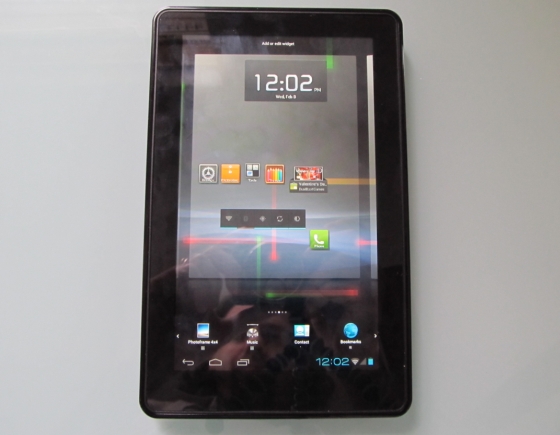 The MIUI team released an early build of MIUI 4.0.3.2.2.3 Ice Cream Sandwich for the Kindle Fire this week.

It has many of the advantages of Android 4.0, including a user interface that doesn’t require hardware buttons, a quick settings panel, and an improved recent apps menu — although the recent apps menu doesn’t seem to be working properly in this build.

But the software also has some MIUI-specific touches, including a custom home screen designed to hold all of your apps, and a refined system panel with a bright white, gray, and orange theme instead of Android’s default dark black and blue theme — although you can also download custom themes for MIUI.

There are also a handful of custom apps including an MIUI file browser, and backup utility. MIUI 4.0 for the Kindle Fire comes with the Google suite of apps preinstalled, including the Android Market, Gmail, and Google Maps. It also has the Amazon Appstore preloaded.

That makes it easy to download and install third party apps — even the Amazon Kindle app, if you want to use your Kindle Fire to read Kindle eBooks.

How to install MIUI 4.0 on the Kindle Fire

In order to install MIUI 4.0, you’ll need to root the tablet and install TWRP 2.0 or another custom recovery app. Then follow these steps:

The Amazon Kindle Fire is a $199 tablet with a 7 inch, 1024 x 600 pixel display and a 1 GHz TI OMAP 4 dual core processor and 8GB of storage. It normally ships with Amazon’s custom version of Google Android, but with software such as CyanogenMod or MIUI, it’s possible to transform the look and feel of the tablet dramatically.