MIUI is a custom version of Google Android with its own home screen design, custom notification system, and a number of unique apps. It looks like the sort of customization that you’d expect from a big phone maker such as Samsung or HTC, but up until recently MIUI was best known by hackers looking for custom ROMs for their smartphones. 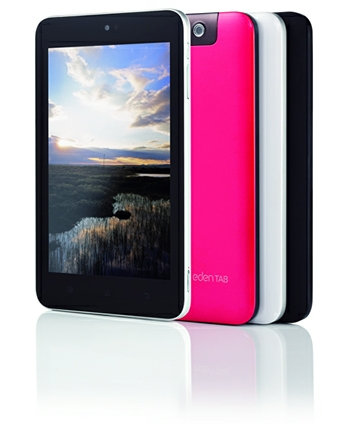 But Xiaomi, the company behind MIUI recently launched a Xiaomi Phone. And now it looks like the first tablet with MIUI pre-installed is heading to Japan.

The EdenTab is a 7 inch tablet with a 1280 x 800 pixel display and a 1.2 GHz Samsung processor. It has 1GB of RAM, 16GB of storage, WiFi and Bluetooth. And it runs a version of MIUI based on Android 2.3 Gingerbread.

MIUI 4.0 will be available for the tablet later. That version of the operating system is based on Google Android 4.0 Ice Cream Sandwich.

At launch the tablet will ship with the Tapnow Market app store instead of the Google Android Market, since it’s not a Google certified device. I wouldn’t be surprised if it gets Android Market access once MIUI 4.0 is ready since Google makes it easier for device makers to get Android 4.0 devices certified.

The tablet will cost about $370 in Japan.