Less than a day after releasing the first version of Android 4.0 for the HP TouchPad with support for hardware video acceleration, the CyanogenMod team has released a second update — this time with support for streaming Netflix video. 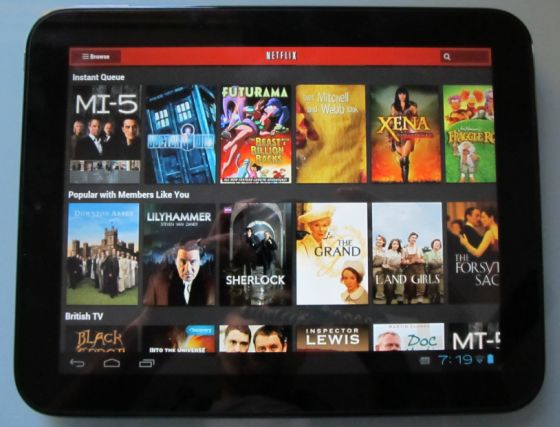 If you’re keeping track, that means that Android on the HP TouchPad now supports touch, WiFi, audio, video, and the Google Android Market.

In fact, the only major feature that doesn’t work at all right now is the camera — although some users may notice bugs with WiFi performance and other features. This is still a public alpha after all.

To upgrade from CyanogenMod 9 Alpha 1 or an earlier version to Alpha 2, you can follow our instructions for using ClockworkMod to apply the update. All you need to get started is the latest alpha zip file which you can find from the links at the RootzWiki forum.

If this is your first time installing CyanogenMod on an HP TouchPad or if you’re upgrading from CyanogenMod 7 Alpha (which is based on Android 2.3), we have a guide for that too.

108 replies on “CyanogenMod 9 Alpha 2 for the HP TouchPad: Now with Netflix support”