The company behind the popular Ubuntu Linux software have decided to end funding for the Kubuntu variation of the operating system. Kubuntu is basically what you get when you take Ubuntu’s core software and tack on a custom version of the KDE desktop environment in place of the Unity user interface that the main branch of Ubuntu has used for the last few versions. 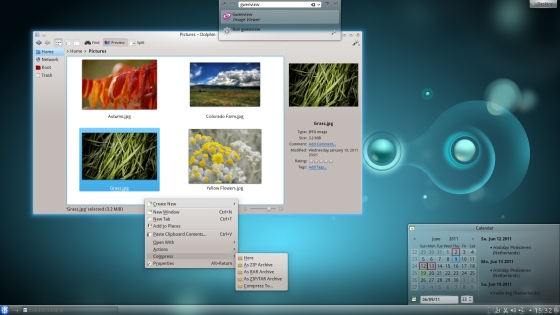 The move to Unity has been pretty controversial, since it’s a pretty dramatic change from earlier user interfaces. In the early days of Ubuntu, the operating system used GNOME as its default desktop manager, but Kubuntu has long been offered as an alternative for folks that prefer the look, feel, and bundled apps that come with KDE.

Kubuntu isn’t necessarily going away now that Canonical is pulling funding. Instead it will become a community-supported project, much like Xubuntu, Lubuntu, and Edubuntu — three other somewhat popular variations of Ubuntu.

In other words, the future of the platform will be up to independent developers and not anyone on Canonical’s payroll.

Or you could always sort of build your own version of Kubuntu just by installing the standard Ubuntu software and then using the package manager to install KDE yourself.

KDE has come a long way in the past few years, but developer Jonathan Riddel, whose work on Kubuntu will no longer be funded by Canonical, says that after 7 years of development Kubuntu hasn’t had enough commercial success to justify Canonical’s continued investment.

Kubuntu 12.04 which is due out in April will be the last version of the KDE flavor of Ubuntu developed with Canonical’s money.