Photos of a new Asus tablet started making the rounds recently, but at the time there were no details about the tablet’s specifications. Now the folks at Tabletowo in Poland have received a spec sheet which seems to suggest that the TF300T could be a cheaper version of the Eee Pad Transformer Prime. 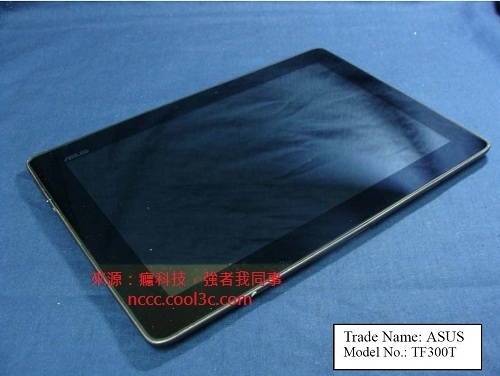 The new tablet is the same 10 inch, 1280 x 800 pixel display and optional keyboard docking station as the original Transformer Prime.

But there are a few key differences between the two tablets:

Right now the Eee Pad Transformer Prime has a starting price of $499. It looks like the new TF300T model could be a cheaper alternative. 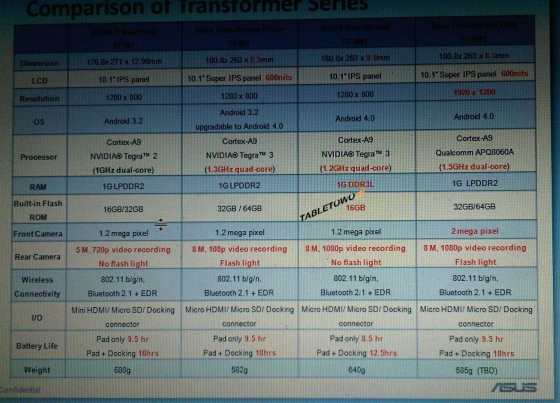 Asus also plans to launch a pricier model called the Transformer Prime TF700T later this year. That model will have a high resolution 1920 x 1200 pixel 10 inch display as well as a few other premium features — the last I’d heard it would also have an NVIDIA Tegra 3 quad-core processor, but the leaked spec sheet shows it with a 1.5 GHz Qualcomm dual-core chip.

I’d take these details with a grain of salt for now, since Asus hasn’t made any official statements about the TF300T yet. But we might know more when Mobile World Congress opens later this month.