The Asus Eee Pad Transformer Prime was one of the first tablets to get an official Android 4.0 software update when Asus started rolling out the software in early January.

Now the company’s also offering Android 4.0 for the original Eee Pad Transformer, which should come as good news to anyone who already picked one up… or who’s still thinking of picking one up — the dual core Transformer is a lot cheaper than the quad-core Transformer Prime. 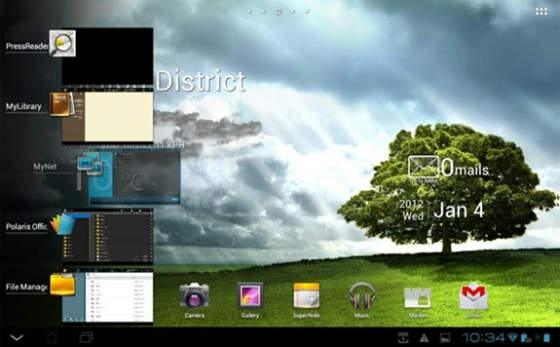 Asus has already started offering the new software to users in Taiwan. It could be available to US customers as early as February 24th.

The new software for the Eee Pad Transformer TF101 is officially firmware version 9.2.1.11.

Asus named the tablet the Transformer because the company also offers an optional $150 keyboard docking station that lets the tablet transform into an Android notebook. The dock also has its own battery which nearly doubles the overall battery life of the combined device.