Research in Motion plans to release BlackBerry PlayBook OS 2.0 later this month. When the company showed off an early build of the new operating system for PlayBook tablets at CES in January, RIM highlighted the new calendar, contact, and email apps — but made no mention of the fact that the tablets would be able to run Android applications. 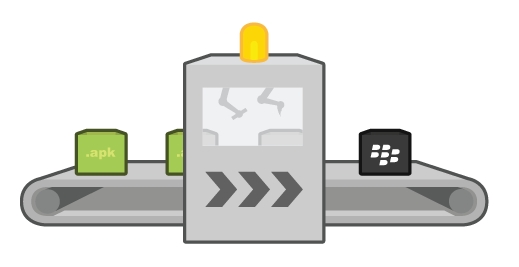 But if you’ve been running PlayBook OS 2.0 beta, you know that it includes an Android App Player which lets you install Android apps that have been converted to run on the tablet — or if you root the tablet you can even install the Android Market and download and install apps directly from Google’s store.

When PlayBook OS 2.0 is released to the public though, the idea is that you’ll be able to download Android apps from the BlackBerry App World the same way you would download any other apps designed to run on the 7 inch tablet.

Now RIM is encouraging developers to submit their Android apps for approval by Monday, February 6th in order to ensure they’ll be available when PlayBook OS 2.0 launches.

In other words, it looks like the new operating system will ship on schedule this month, and it looks like it will include support for Android apps, even if that’s not something the company played up at CES this year.

We could also see new PlayBook hardware later this year including tablets with faster processors or larger displays.