One of the bugs that’s been plaguing Amazon Kindle Fire users who have installed early builds of Android 4.0 on the $199 tablet appears to be fixed. Developer JackpotClavin has released a new build of CyanogenMod 9 Alpha for the tablet which adds support for USB mounting. 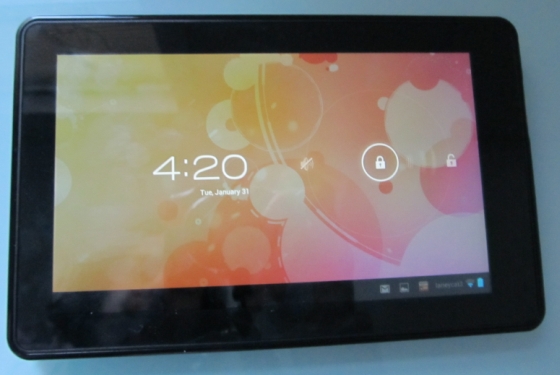 In other words, you can now connect the Kindle Fire to a PC and copy files to and from the tablet while running Android. In earlier builds you had to boot into TWRP or a different recovery utility if you wanted to transfer files this way.

The latest update comes just a few days after the release of another Android 4.0 ROM for the Kindle Fire. Like that version, JackpotClavin’s new release includes a new custom lockscreen that eliminates the camera icon (since the Kindle Fire doesn’t have a camera).

You can download the latest update file (called USBWOOT.zip) using the link at the xda-developers forum.

If you’re installing CyanogenMod 9 for the first time, you can follow our step-by-step instructions. Or if you’re updating form an earlier version or have already rooted your tablet and installed TWRP 2.0 recovery, the video below should show you how to flash the update.

5 replies on “Android 4.0 update for the Kindle Fire – now with USB mounting”