Months before Amazon and Barnes & Noble made a splash with their inexpensive 7 inch Android tablets, HTC introduced the Flyer — a kind of pricey 7 inch tablet with a digital pen that lets you write or draw on the screen. The Flyer may not have the same kind of name recognition as the Kindle Fire or NOOK Tablet, but it’s a pretty decent piece of hardware.

Unfortunately the latest official software for the tablet is based on Android 3.2, which is starting to feel a little dated. But an independent developer is working to bring Android 4.0 to the HTC Flyer. 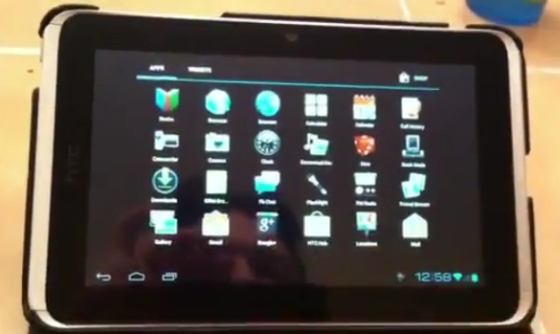 Xda-developers forum member AidenM has released early builds of a custom ROM for the tablet called Skyfire. It’s a work in progress and right now the camera, Bluetooth, and some other functions don’t work properly. But Skyfire does support touch input, WiFi and most other basic features.

AidenM doesn’t recommend using Skyfire yet if you value stability. But if you’re not ready to try installing it yourself, you can check out the video below to see what Android 4.0 looks like on the Flyer tablet.

This isn’t an official software update, and installing it will probably void your warranty. But it’s not clear at this point whether HTC will ever offer an official Android 4.0 build for the tablet.

3 replies on “Android 4.0 comes to the HTC Flyer (unofficially)”