Acer has announced plans to launch the Iconia Tab A510 Android tablet in France next month for 399 Euros. The tablet features an NVIDIA Tegra 3 quad-core processor and Android 4.0 Ice Cream Sandwich software. 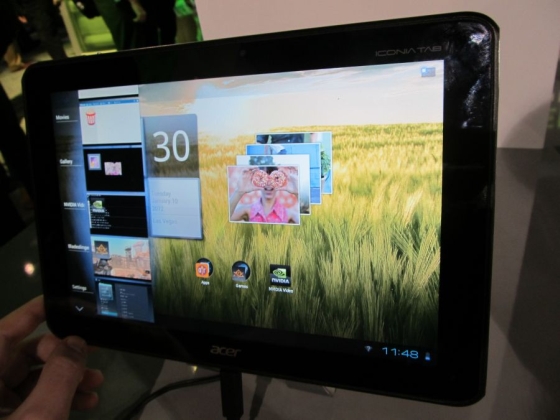 We first saw the A510 at the Consumer Electronics Shows in January. It’s a nice looking tablet with a 10.1 inch, 1280 x 800 pixel display and a rather simple design.

It’s one of three new 10 inch Acer tablets. The Acer Iconia Tab A200 is already available. That model has a Tegra 2 dual core processor and a low starting price of $330.

Acer is also expected to launch the Iconia Tab A700 later this year. That version will have a Tegra 3 quad-core processor and a high resolution 1920 x 1200 pixel screen.

via Notebook Italia and Blogeee