The upcoming TI OMAP 5 processor will be one of the first chips designed around the ARM Cortex-A15 architecture. Theoretically it will offer more power than today’s fastest chips, while using less energy. But that’s theory. How does is stack up in practice? 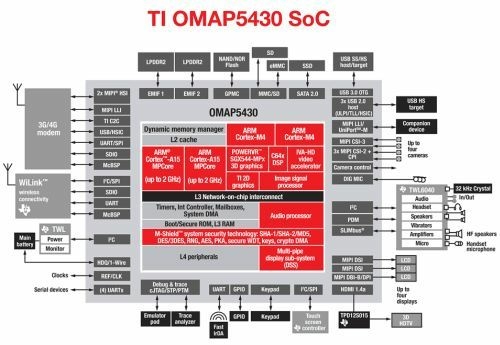 Pretty well, if a new demo video from Texas Instruments is anything to go by.

The company pitted a dual-core OMAP 5 against a “competing” quad-core processor using an ARM Cortex-A9 design. NVIDIA’s Tegra 3 processor is pretty much the only such chip on the market today, so there’s a good chance that’s what the competing chip was.

Oh yeah, the OMAP 5 chip was clocked at 800 MHz, while the competing chip was running at 1.3 GHz.

We’ll have to wait until early 2013 to get our hands on products with OMAP 5 processors — and by then it might not be the only game in town. But if you’ve been wondering  what the real-world performance difference between Cortex-A9 and Cortex-A15 chips looks like, now you know.