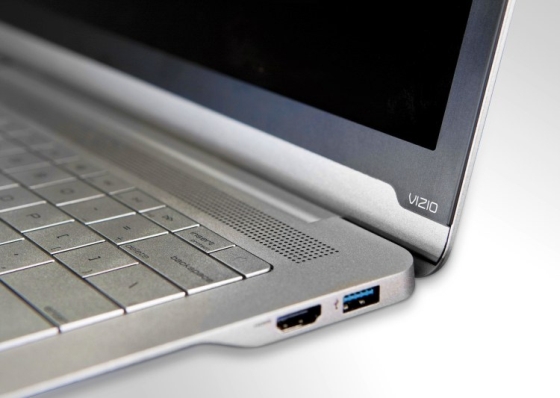 TV maker Vizio introduces its first Android tablets last year at the Consumer Electronics Show. This year the company is going a whole lot further by entering the PC market with a line of notebook and all-in-one desktop computers.

Vizio is known for offering decent products at low prices, and plans to do the same with its computers. The computers will feature DLNA support for streaming content to a connected TV or other device.

The all-in-one PCs will come with 24 inch and 27 inch displays, wireless keyboards and mice, and remote controls. The laptops will be “thin and light” models with 14 inch or 15.6 inch displays.

Vizio isn’t calling the notebooks “ultrabooks,” but that doesn’t really mean much. Intel coined the word ultrabook and has a series of guidelines a product has to meet in order to be an ultrabook, including the size, internal components, and price of a laptop. But if Vizio can put out an affordable thin, light, and powerful notebook that doesn’t have an Intel processor, or a solid state disk, or some other feature, I suspect bargain computer shoppers will forgive them.

Vizio plans to begin shipping the computers in May.